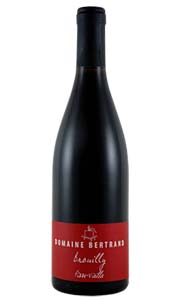 The climate of Pisse Vieille consists of 22 hectares facing south on a hillside north of Ardières.

It is the only climate officially recognized by the INAO of the Brouilly appellation.
It is exploited by a dozen vine growers. Located on a granite hillock with favorable conditions for wine growing, it gives generous and intense wines. These are the first parcels bought by the estate in 1958.

This particular climate owes its reputation to a legend:
A venerable believer went regularly to confession, at the priest's house, to tell him about his sinned catch.
But she had nothing very serious to give.
That is why, one day, the priest released him by saying to him: "Go! And do not fish anymore! ".
But as she was hard of hearing, she understood: "Go! And do not piss! ".
It must be said that in Patois Beaujolais, fishing is said to piss. We imagine the rest.
The old woman was relieved of her ordeal only when her husband, anxious, went to see the priest to ask for details.
And returned home, shouting from the bottom of the hill, "Piss old, old piss, the priest said it! ".